We are excited to announce today the amazing keynote speakers that we have lined up for you!  We’ve worked hard to find the best speakers and talks that cover the breadth of the PHP experience. We want php[world] to be a conference that pulls together all the different fragmented communities of PHP into one place to share ideas, and our keynotes reflect that mission.

We will have Luke Stokes, Co-Founder and CTO of FoxyCart, speaking on his experience of forming his own company. Angela Byron, a core committer to the Drupal Project and Director of Community Development at Acquia, is going to talk to us about the efforts Drupal has been making to break out of its own community and embrace libraries from other projects. Andrew Nacin, a WordPress Lead Developer, is going to share how WordPress built their automatic security updates and convinced their community of its benefits. Also, Jeffrey A. “jam” McQuire, Open Source Evangelist at Acquia, will present how the Open Source Software revolution, with PHP leading the way, is making for better business, better government, and, he hopes, a better world!

Finally we are going to wrap up the conference with “The Greatest Panel on Earth.” We will have key people representing seven of the biggest PHP frameworks and applications: WordPress, Drupal, Magento, Joomla!, Symfony, Laravel, and Zend Framework all together in one place to answer all your most difficult questions!

Read on for full descriptions of all the keynotes, or visit the schedule or speaker list to explore more!  Register soon and book your hotel before our block sells out! We look forward to seeing you in D.C. this fall!

Turning Your Code Into a Company: The Parts They Don’t Tell You. 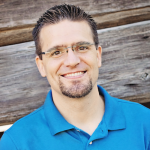 Somewhere around 2005 and 2006 my friend and I started tinkering around with building a better shopping cart experience because all the others sucked. Since 2007, we’ve processed over half a billion dollars worth of transactions and enabled thousands of online stores. It was really, really hard. This talk will tell the story of taking some code and persevering it into a company called FoxyCart. If you’ve ever wanted the liberty of being your own boss, hopefully you’ll find yourself in this story and determine if you have what it takes to succeed.

BIO: Luke Stokes is the Co-founder and CTO of FoxyCart.com. Enjoying Nashville, TN with his beautiful wife and three children, he’s passionate about living life on purpose. He’s pragmatic enough to get things done but idealistic enough to still believe we can change the world and make it better. He built his first websites in 1996 (yes, AOL and Geocities) and has been hacking at computers ever since. Always opinionated, he loves a good debate on liberty, Bitcoin, programming or anything interesting. He’s also a generally outgoing guy (for a programmer) and loves connecting with people.

Drupal 8: A Story of Growing Up and Getting Off the Island 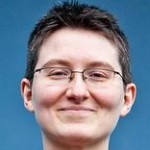 The Drupal project has traditionally held a strong internal value for doing things “The Drupal Way.” As a result, Drupal developers have historically needed to build up reams and reams of tricks and workarounds that were specific to Drupal itself, and Drupal was inaccessible to people with a more traditional programming background.

Starting in Drupal 8, however, we’ve effectively done a ground-up rewrite of the underlying code and in the process made major inroads to getting more inline with the rest of the PHP world. Procedural code is out, OO code is in. “Creative” hacks have been replaced with FIG standards. “Not invented here” is now “Proudly found elsewhere.”

This story will talk about the journey that Drupal 8 and the Drupal core development team has taken during this transition over the past 3+ years, including some of the pros and cons of this approach and how we dealt (and are dealing) with some of the community management challenges that resulted.

BIO: Angela Byron is Drupal core committer and Director of Community Development at Acquia. She got her start as a Google Summer of Code student in 2005 and since then has completely immersed herself in the Drupal community. Her work includes reviewing and committing Drupal core patches, supporting community contributors, coordinating with the Drupal.org infrastructure team, and evangelizing Drupal. Angela is the lead author of O’Reilly’s first Drupal book, entitled Using Drupal. She is on the Board of Directors for the Drupal Association. Angie is known as “webchick” on drupal.org.

Idealism as code: From philosophy to empowerment 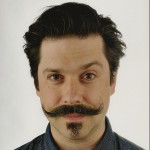 As part of the LAMP stack, PHP is a dominant web technology and it is getting more powerful all the time: Convergence through things like Composer and the PSR standards is bringing once disparate communities together. Multiple “meta projects” like Drupal are adopting code from around the PHP and FOSS spheres. Contribution to one has become contribution to whole ecosystems.

Many of us are idealists. Powering 80% of the web, we have the chance – and perhaps the responsibility – to make a difference through PHP. Paraphrasing Angie “Webchick” Byron, Drupal core committer, “We make really abstract complicated programming concepts accessible to non-developers, available to them by clicking a few buttons, without having to understand all the code that comes underneath it. What I get really excited about is the idea that we create really easily accessible things to help those people who are on the front lines trying to make the world a better place. We can build technology to enable that.”

I will talk about how the thinking of RSM and other pioneers became code and how that code is empowering people and organisations. I want to draw a few lines from the very definition of free and open source software, through its practical application and native advantages, to how it helps people do better business, better government … and I’m hoping … make a better world.

BIO: Jeffrey A. “jam” McGuire, Open Source Evangelist at Acquia, is involved at the intersection of open source software, business, and culture. A memorable and charismatic communicator, he receives enthusiastic responses from audiences at events around the world, where he talks about open source technology and community, digital disruption, Drupal and more. This helps satisfy his inner diva, which he also feeds with performances as a storyteller and musician. 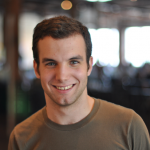 In October 2013, WordPress shipped what is perhaps its most polarizing feature ever — automatic updates in the background of self-hosted web software, on by default and no easy way to turn it off. In most open source communities, this would be cause for open revolt. Learn how through trust, communication, and a steadfast commitment to its philosophies, the WordPress core team convinced a skeptical community to go along, even if it meant users giving up some control.

BIO: Andrew Nacin is a lead developer of WordPress, wrangling contributions, spearheading initiatives, advising new development, and squashing bugs. He feels strongly about the core philosophies of WordPress, among them “decisions, not options” — software should be opinionated in lieu of burdening the user with too many options. He works for WordPress founder Matt Mullenweg at Audrey Capital, where he is primarily tasked with working on WordPress core and keeping the lights on at WordPress.org. He resides in downtown Washington, D.C., with his wife.

The Greatest Panel on Earth

Join us for our closing keynote! Have you ever wanted to ask the various framework and application developers questions? Want to see each of their different points of view (and maybe get them to debate a few hot topics)? This is your chance. We are gathering a panel of core developers from WordPress, Drupal, Magento, Joomla!, Symfony, Laravel, and Zend Framework. They’ll be ready to have a discussion and answer your questions.

Keep Track of Us

Visit our sponsorship opportunities page for information about becoming a sponsor and seeing your company's logo here!